The security society has taken on bizarre dimensions. I found myself at the Department of Education today (housed in the refurbished Tweed Courthouse at 52 Chambers Street in Manhattan). The refurbishment was paid for with taxpayer money and the metal detectors with the security guards are inside. Despite the fact that the place was refurbished with my tax money and I volunteer to go through the metal detector, I was informed that the PUBLIC IS NOT ALLOWED INSIDE! I constantly have to ask myself: when did we allow this to happen to our city and our country? 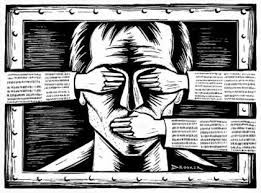 Freedom Money and Full Justice for Violating Your Civil Rights!

The fundamental rule of the USA applied in every State and City is our Constitution. When rights are violated, citizens have a right to sue for the damages caused to them by that violation of our supreme rules of law embodied in the Constitution. Freedom Money and Full Justice for violations of civil rights. This blog explores the assignment of responsibility for violating rights and getting the rule breaker to pay for his damage.
Memberhips: AAJ; NYSTLA; NYS Association of Criminal Defense Attorneys; National Police Accountability Project
Admitted to Practice before the United States Supreme Court; United States District Courts Eastern and Southern Districts of New York and Appellate Division Second Judicial Department

A civil rights and criminal defense trial lawyer who has been in practice for 30 years -my training also includes licensing as a psychoanalyst in New York State; both the anguish and mental pain as well as the physical pains and injuries of my clients are addressed by my office. In the civil rights area, my cases range from "deliberate indifference" to the health care of inmates to false arrests and police brutality. I devote time with my clients and their friends and families to organize the best results at trials that are too often dominated only by the "expert witness." Office Phone: 917-923-4287

Criminal Defense in the 21st Century
Envisioning The American Dream

Neuroscience and psychology news and views.

Criminal Defense in the 21st Century
Envisioning The American Dream

Neuroscience and psychology news and views.